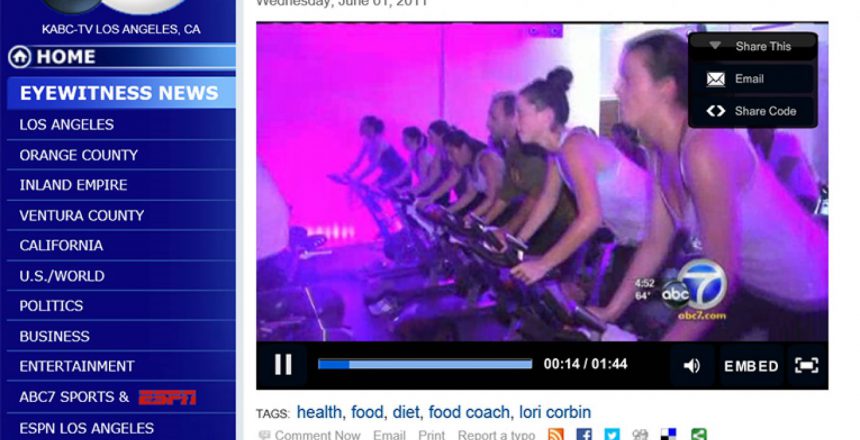 Sweating and cycling for a good cause is the theme for a very physical fundraiser coming up on Sunday at the Santa Monica Pier. It’s the Pedal on the Pier.What looks like a typical cycling class is actually a warm-up for a very long and special ride.

“Hundred bikes, 100 butts, 100 miles — simulated miles,” said John Scarangello, who is supplying bikes for charity and riders for Pedal on the Pier.

“We call it physical philanthropy, because we are going to be literally going for six hours on the Santa Monica Pier, 100 miles, an average of 18 miles an hour,” said Jeff Robinson, Harold Robinson Foundation.

This year, they’ll pedal on the pier. Last year it was New York’s Central Park, and the year before that, it was a 100-mile road tour. Each bike is “bought” for $250 and is responsible for raising $1,500. The goal is to raise a half-million dollars to send about 1,000 inner-city kids to Canyon Creek Retreat Center, a camp about an hour outside of Los Angeles.

“I know that they’re going to get out of their normal environments, which are sometimes desperate, and get out,” said Scarangello. “It could be a life-changing event for some of these kids.”

“So 90 percent of the kids have never even swam before,” said Robinson. “They see the grass on the fields and they just roll on the grass before we start anything.”

Full-time philanthropist Jeff Robinson was diagnosed with Parkinson’s disease six years ago. He takes pride in the physical effort as well as its rewards.

“I am on the meds, I work out, I take good care of myself, but working with kids has been my life’s work and it’s really been the best medicine I can take because I love what I do,” said Robinson.

So if you want to give it a go or simply watch others spin their wheels, you want to be at the Santa Monica Pier on Sunday for the 10 a.m. registration, and the cycling starts at 11. And remember it’s the pier, so bring sunscreen.